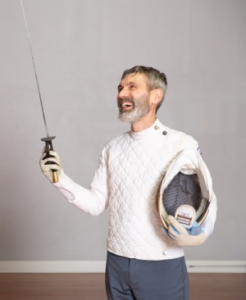 Scott has developed and participated in projects using historic materials and digital media for educational purposes since 1997. His wide-ranging professional experiences in accredited museums include curation and artifact management, exhibition & data management, administration, and consultation. In 1999, a digital media project he designed and implemented with the support of Colorado Springs Museum Registrar, David Ryan, drew international attention in the museum world for being the first to publicly publish a museum’s artifact collection data in its entirety to the Web, including early digital images of artifacts and scans of ephemera. The Director of the National Museums of Scotland cited the project as a model which all others should follow.  The project also won the National Association of State and Local History’s National Award of Merit, which characterized the project as a national model. Scott was also awarded a Special Commendation from the Laboratory of Anthropology, Museums of New Mexico, for the recovery of irreplaceable archaeological material.

Scott thoroughly enjoys the physical and mental challenges of classical fencing. Columbia Classical Fencing was Scott’s first salle d’armes where he trained in classical fencing techniques under the instruction of Patrick Morgan, Esq.  Wright also served as the club’s webmaster for a decade. During that time, Wright and Morgan wrote and published a plethora of classical fencing posts and articles that continue to be read and referred to globally.

Scott earned a Bachelor of Arts with Highest Honors in Cultural Anthropology and a Master of Arts in Educational Curriculum Development. Currently, he is an educator who has taught an array of Social Science classes including Advanced Placement World History and Advanced Placement Human Geography.  He was faculty-sponsor of the first high school classical fencing club in the Midwest.  Although he loves his career and students, he wishes he could research and fence everyday.